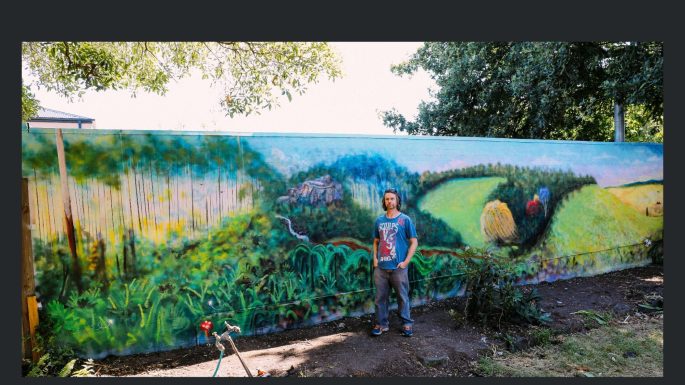 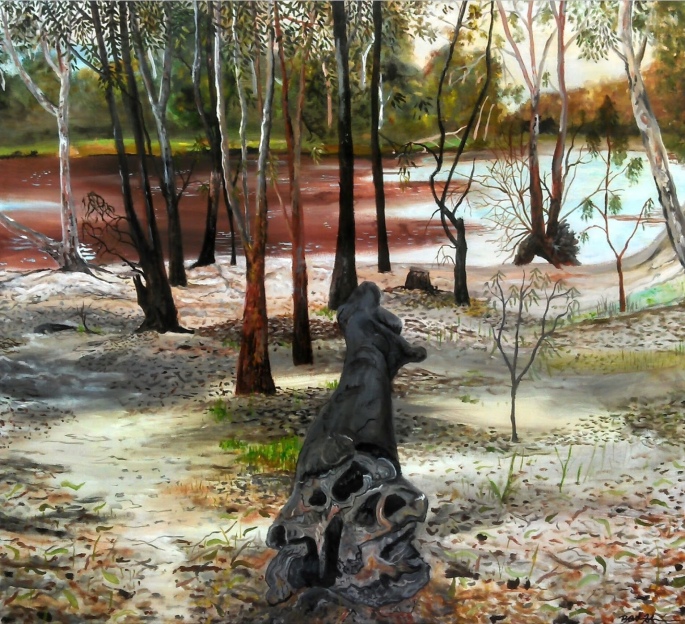 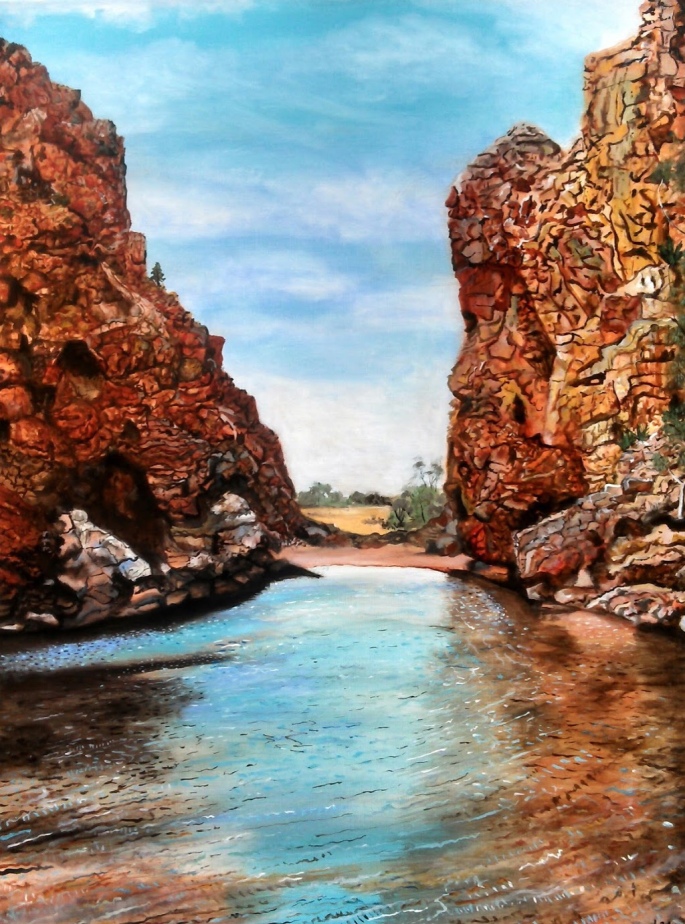 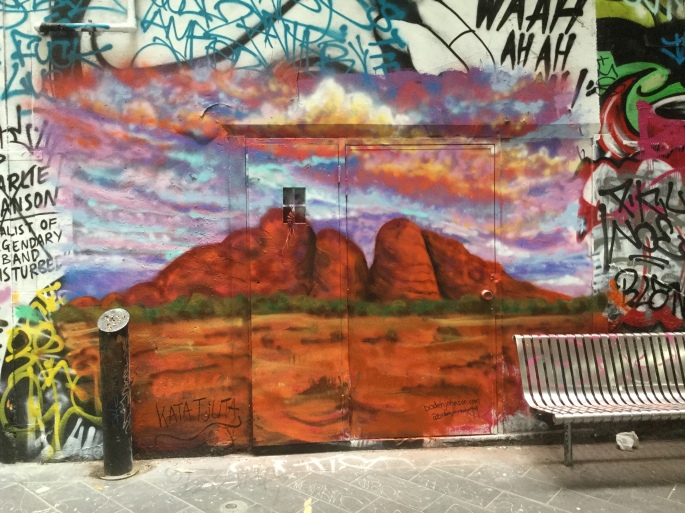 Above Kata Tjuta in Centre Place Melbourne. Below domestic mural. 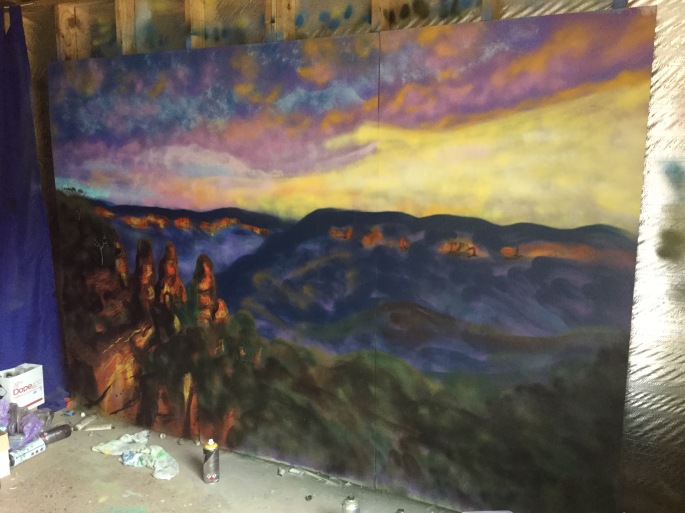 I have had 9 solo exhibitions over a 25 year career, my last solo show was Baden the lost Australian landscape artist. Which was part of the Melbourne Fringe Festival, 2017. At Lulu cafe gallery, in Nth Melbourne. These works are based on a series of street art landscapes pasted up around Melbourne CBD, Fitzroy, Collingwood & Nth Melb. in 2017.

To coincide with the NGV Van Gogh blockbuster exhibition in 2017, I produced an unauthorised street art installation titled A Visit From Vincent.  If Van Gogh was alive today he would be a street artist. Locations included Hosier, Ac/Dc, Higson’s & Tattersalls Lanes, they were 6 foot by 7 foot paste ups of major VanGogh works including, Sun flowers & Starry Night (Tattersalls Lane). 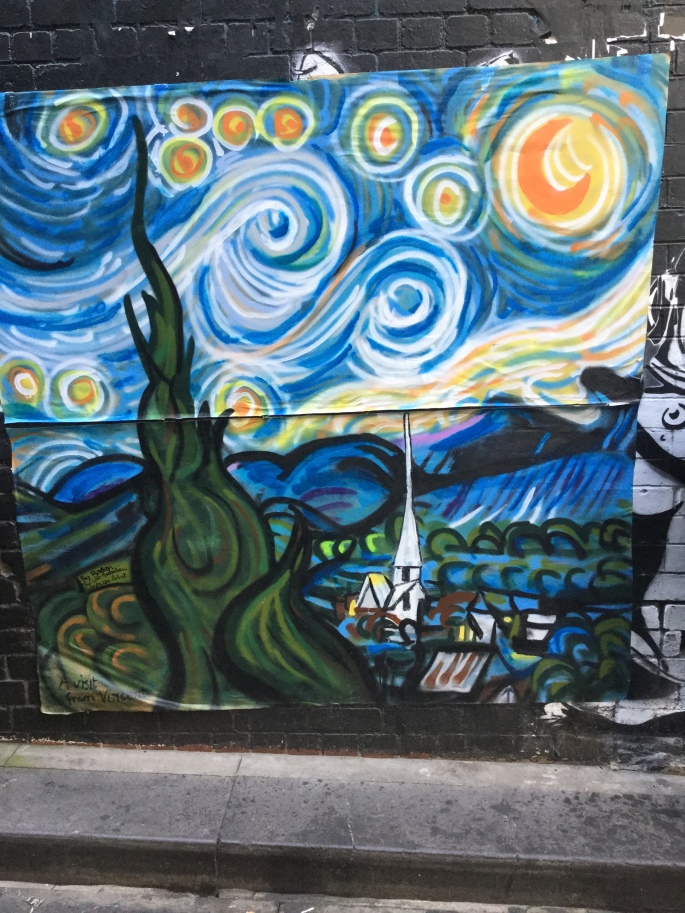 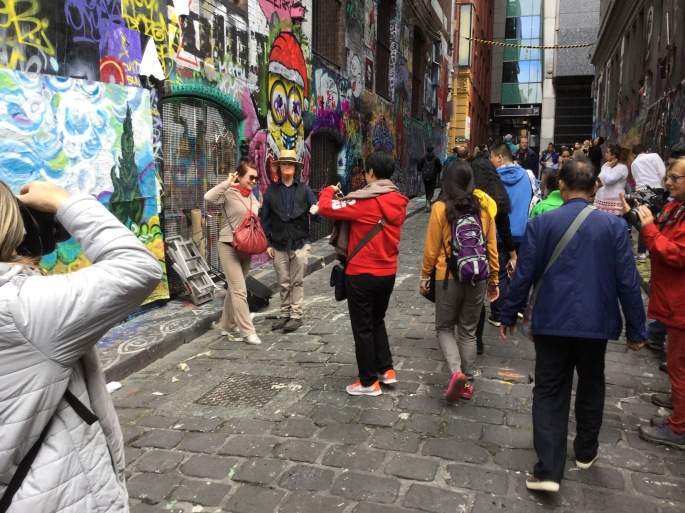 2 photos above in Hosier Lane Van Gogh installation and performance, and first picture installed in Hosier Lane, for an ongoing unauthorised exhibition.

I have participated in many group shows in Melbourne, Canberra & Adelaide.

I have been involved with an experimental performance art group Extended Vision, since 1992 check out website: https://newepochartist.com

I have been a finalist in 2 national landscape art competitions.

other Art prizes include:

I have also participated in Lowlives Occupy, New York. & Lowlives 4 in Utah Museum of Art, 2013. They are 2 international online performance art festivals. Both streamed live to multiple gallery spaces simultaneously to over a dozen venues and gallery spaces around the world, including Mexico, Japan, Paris. To name a few.

I’m represented in Knox Council collection and many private collection.